The upcoming anthology Fantasy Gone Wrong features a story by my wife, Chris, and it's just been singled out for praise in a Publisher's Weekly review.

For me anyway. It's my birthday today. I'm looking forward to tonight's dinner (a bunch of the local writers at a local Chinese/Sushi place that's pretty good). There will be gifts, but I don't have huge expectations. I'm the hardest person on Earth to shop for, and if I want it and it doesn't cost a mint, there's a fair chance I already own it, or if I don't own it, I don't have any place to put it!

Which isn't to say gifts aren't fun and there might be some happy surprises, but they aren't what this is about any more. It's about friendship (not family this time, unfortunately, as most of the family is too far away to attend), and there aren't many things more important, or that I value more highly.

Overall, it's a pretty good life at the moment. I've got a wife I love. I live at the beach. I'm not rich, but I'm far from broke. I had four novels come out in the last birth-year (the Age of Conan trilogy in late 2005, plus my Mechwarrior book Trial by Chaos last month). The kids seem to be doing great.

Out there on the horizon, the world is going to hell, but here at Hangar 18, for the moment, knock on wood, things are good.
Posted by J. Steven York at 12:57 PM No comments: 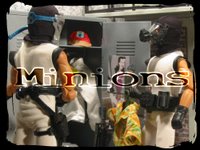 A fresh Minions toon can be seen tonight on the WB!

No, wait, the WB is toast. Maybe you'll find right now at Minions at Work instead.
Posted by J. Steven York at 2:11 AM No comments: 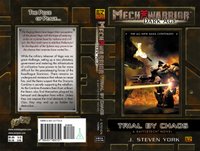 This post is aimed for my MechWarrior readers. The rest of you can read or skip as you wish. Even MechWarrior readers should be warned that it contains some minor but important spoilers for Trial by Chaos (though I'm not sure how much sense they'll make out of context anyway, if you haven't read the book). If you intend to read it, you probably will want to do so first, then check back.

Now, on with the program.

I love fan mail (the polite and sane kind, anyway!), and try to reply when I can. A few days back, a comment here asked some questions that may have some wider interest, so I'm answering them in the form of a blog post.

I really loved Trial By Chaos, and I will be watching (hopefully reading :) ) the direction the Ghost Bears are headed for, but one thing has me chomping at the bit to find out more about... The Final Codex.. I know i am not the only MW junkie jonesing for it, any chance we will see it soon?

Thanks for your kind words, John. I'm very glad you enjoyed the book.

I can understand your curiosity about The Final Codex. I'm curious too!

Fact is, I was intentionally vague about The Final Codex, in part because I didn't want to reveal too much about it if it wasn't necessary to the plot, and in part because I wasn't sure when I proposed it how Wiz Kids was going to respond to the idea. In fact, my proposal for the book is careful to point out that we could end the book with the Codex being an obvious fraud, or leave it ambiguous.

To my surprise, they were very open to the idea, and I think you can take it as official canon that The Final Codex exists, or at least, it existed, and that the version the Ghost Bears see will have at least some of that text. But it's likely that they won't see all of it, and that some of what they see will be modified, and that there will be some creative additions made to support the agenda of the Freeminders and the U-Khan.

Of course, the question you're asking is, will the fans ever get to see the contents of The Final Codex?

I think the answer is a definite, "maybe."

The only copy we know for sure that still exists is with the Freeminders, but it suggests that the Ghost Bear Loremasters may have an copy somewhere. It seems probable that at one time all the clans had a copy. Now, it also seems likely that the Crusader clans might have had reason to "lose" their copies at some point, but perhaps some copies still exist among the Warden Clans, or even the Unnamed. These could well surface at some point. So maybe some more of the text will be revealed over time.

The problem being, the odds are slim that I will get to be the one to do it.

You see, one of the frustrations of writing the Dark Age books is that MechWarrior Dark Age is the ADD kid of book lines. Because the books chase along after the ongoing game releases, tournaments, and campaigns, I keep getting bounced from faction to faction, and books and characters that I'd love to follow up on get left behind.

For example, when I was writing "Fortress of Lies," I was setting up Duke Sandoval for his downfall, which did happen, in a book written by my pal Loren Coleman. I don't mind that, since Erik is really Loren's character anyway. But as I was writing the book, the story I really wanted to write was about Aaron in exile. I want to tell the story of what happens to him after he's had his butt kicked and almost everything he considers important stripped of him. From my point of view, he was already a fascinating character, but in exile, he just gets cranked up to 11.

But instead, I got to write about the Ghost Bears. Not that this wasn't, once again, a nifty book to write, but again, we've got a really interesting bunch of characters, and a situation that didn't resolve with the end of that story. I'd love to revisit them. But alas, I'm off to some other factions for the next book (I'm plotting to find a way to bring Aaron back, but I have no idea if that's going to happen).

So, if I get back to my little splinter of the Ghost Bears, it will be a while. Maybe some other writer will get to do it first, which would be disappointing for me, but par for the course.

None of this should be taken as a criticism of Wiz Kids or the wonderful people I work with there. It's just business, and I fully understand why they do things the way they do.

So, what can you do about the situation? Well, I have some suggestions that might at least help.

First of all, write Wiz Kids and Roc (the publishers) and let them know that you liked the book, and that you'd like a follow-up (and hopefully, that you'd like me to write it, but that's your choice).

Second, you can support the book. If it's successful beyond the norm for a MechWarrior book, then they'll have more incentive to publish a follow-up. Encourage your friends to buy it. Talk it up on the various MechWarrior, Battletech, and other forums where you hang out. Post positive reviews on Amazon and other on-line bookstores. Plug it on your blog, MySpace, or web page.

Now, I'll admit this is a steep hill to climb, but if you're like me, you like a desperate battle against overwhelming odds. So wipe that blood off your chin, slam the throttle against the stops, and tell them, "bring it!"
Posted by J. Steven York at 1:19 AM No comments:

Writers along the highway 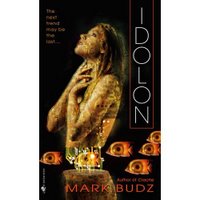 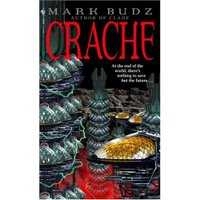 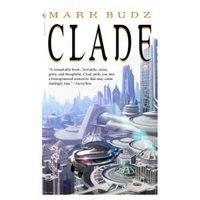 Well, we're back from vacation. Obviously I didn't find time to post from the road, so I'll be backfilling here at some point. We had a good (if tiring trip). One enjoyable aspect was the opportunity to visit with writer friends, old and new, up and down the west coast.

Our first stop was on the way down, where we stopped in the Bay Area long enough to have an enjoyable Chinese dinner with our friends Mark Budz and Marina Fitch. Both are novelists, and Mark gave me an advance-reading copy of his upcoming novel Idolon. This is Mark's third novel. His previous books, Clade and Crache were released to great critical acclaim (Publishers Weekly compares him to William Gibson) but just haven't gotten the reader attention they deserve. You should really check out Idolon when it's released this month, and see what you've been missing.

Then we trekked down to my old high-school stomping-grounds of North San Diego County and had a three-hour lunch (cue Gilligan's Island theme)with my old friend Gordon McComb and his wife Jennifer. Gordon and I used to collaborate back in my high-school and college days, and we did a number of student films together back in the day. My first professional publication (see a bit of it here and here) was an article in the old Science & Mechanics magazine written with Gordon.

Gordon went on to become a computer journalist and writer of technology books (everything from word processing software, to home robotics, to how to program your VCR so the number stops blinking). He was very successful, and even occasionally threw some work my way when I was still doing that kind of stuff. I knew he'd cut back on the writing lately, but I didn't know why.

Seems Gordon had people come up to thank him for his books, and then go on to describe the huge sums they were making as consultants based entirely on his work, far more than he was making on the books themselves! So these days, he's focused on his own consulting firm serving corporate clients and leaving the sucker-work -- er -- books, to somebody else. Gordon also continues indulging his long-standing interest in robotics, and has started his own small company to manufacture and market robot components, Budget Robotics.

Anyway, I haven't seen Gordon in years, and it was great to have a chance to catch up. Maybe I can convince he and Jennifer to bail out of Southern California before the Big One hits and move to the northwest (probably just in time for a volcano to erupt, but...).

Finally, on the way home, we stopped off in Eugene, Oregon for dinner with our friends Sean and Rose Prescott, and Adrian Phoenix. It's the first time we've seen Adrian since she sold her first novel, a vampire book, on a two-book deal to Pocket. Her novel will be used to launch an entirely new book line for Pocket, so they're obviously impressed. This is very exciting news, and overdue. Adrian is a fine writer with a unique voice. So, if you'd like a chance to get in on the ground-floor with someone who could be the next Anne Rice, you should look for the name Adrian Phoenix in months and years to come.
Posted by J. Steven York at 2:30 PM No comments: