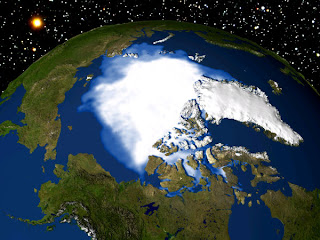 Having just passed the depressing age of 50 does have a few advantages. It gives one some perspective on history. It's perhaps even more profound when one, as I did, starts out, a fan of science fiction and space exploration.

Even as a child I was living outside the day-to-day, anticipating a future which, for the most part, has never arrived. We never got our rocket packs or flying cars, we haven't been to Mars, and in fact have yet to get back to the Moon (though there's at least some hope that it will happen in my lifetime, even if it isn't as clear which country is going to get there first).

As a whole though, it's sometimes strange how much is the same. We still mostly get places cars on concrete and asphalt roads, or in subsonic jet airliners that are, in terms of comfort, if not technology, probably a step backwards from a 1966 Boeing 707. The plug of a 1945 radio still fits in a modern wall socket, and while the bulbs are slowly changing, Thomas Edison would still have recognized most of the light-sockets they fit into.

Yes, there are computers and the Internet, cell phones, iPods and other techno-toys, but in general, history seems to march along in the same rut. Our current misadventures in the middle-east wouldn't be unfamiliar to anyone who lived through the Vietnam war or the Russian occupation of Afghanistan.

There are exceptions though. The fall of the Iron Curtain and the collapse of the Soviet Union being the most profound I can think of, events that clearly mark some kind of transition, that clearly state: things will never be the same again.

But for the most part, profound change is hard to come by. Most of all, while borders may squiggle and names on the map may mutate and shaft, the globe itself has remained the same. In fact, in looking into the future as a child, that was probably the last thing I ever expected to change. They don't call it the firmament for nothing.

But now the globe is changing. It's started, and it isn't about to stop. Of course, I'm talking about Global Warming, and not in the most obvious way, with the rising of sea-levels, the radical changes in coastlines, and the erasing of islands (and maybe much of Florida) that is likely to follow.

No, I'm talking about something which is changing much faster, something we folks who live in temperate regions don't normally think of as permanent at all: ice. Scientists have known for years that the arctic ice sheet is shrinking, and for places where land is normally locked in by sea ice, this is a profound change indeed. The mythical Northwest Passage for which early explorers of the Americas searched now exists, at least part of the time, and too soon, all the time. Compare it to a the appearance of a new ocean, or Atlantis reappearing above the waves.

But for those of us in the United States, this change has, so far, been fairly easy to ignore. Yes, one can point to Hurricane Katrina, but there's just enough scientific uncertainty about it's direct connection to global warming to allow for an easy state of denial. Same for the record-hot summers we've been having lately. Weather is, by definition, an uncertain business.

But maps are hard to deny, and for those to the north of us with each passing season they look out on a new world, one full of peril, and just possibly, opportunity. In such a situation, it shouldn't be unexpected that the balance of world power and tensions would shift. Still, I didn't see this one coming, and it's only taken a few weeks.

It started when Russia announced their intention to plant a flag under the ice cap on a submarine ridge extending out into the Arctic. Their intent was to lay claim to a until-now hidden region which may have untapped oil, gas, and other mineral reserves, made suddenly accessible by the melting ice cap. Russia claims the ridge is a natural extension of their homeland, and therefore should belong to them.

Some would dismiss the whole idea as silly, but several countries appear to be taking it very seriously. First, Canada, with designs on the same ridge, has announced its intentions to build a new deep-water port to service arctic patrol craft, to build new ships to use the port, and to beef up an existing paramilitary force called the Rangers (currently staffed mostly by part-time reservists) to defend their claims to the arctic region.

Then Denmark has started its own mapping expedition of the ridge, prepared to make their own claims under UN treaties.

Finally, surprisingly late to the party considering the current administration's close energy ties, the US is dispatching an ice-breaker to do a little mapping of their own off the coast of Alaska.

And just to raise the ante, Russia is now suddenly holding extensive war-games in the Arctic this week. Sabers, they are a rattling, and we're hardly getting started. With stunning speed, this is turning into a literal cold-war, and the long-term outcome is impossible to to predict.

Welcome to the future. We have passed through one of those portals of history, and nothing will ever be the same again. If you don't believe me, just look at the globe.
Posted by J. Steven York at 2:04 PM No comments: